JAX Finance, 9-12 April 2018
The Conference for Technology in Finance
8
Feb

JAX Finance 2018 speaker and founder of blk.io Conor Svensson shared with us the most important lesson he learned from blockchain, smart contracts' use cases and what we can expect from his session at the upcoming JAX Finance!

Conor Svensson: For the same reason, you should start working with any technology – to identify efficiencies that it can bring to your business or everyday life.

Conor Svensson: In the case of Ethereum, there is a fantastic open source community who are passionate about the technology, and very collaborative.

I’ve also learned that the number of people interested in this technology has continued to grow at an astounding rate. I thought it was popular back in 2016 when I first started working on web3j (and couldn’t believe that someone hadn’t already created a Java library for working with smart contracts!). I simply would not have believed we’d be where we are today back then with such widespread interest and adoption of the technology.

The number of people interested in this technology has continued to grow at an astounding rate.

JAXenter: Should we expect blockchain to dominate the sector of economic transactions in 2018? Why/why not?

Conor Svensson: I believe we’ll continue to see a lot of interest in cryptocurrencies as an asset for speculation. There will no doubt continue to be companies trying to raise funds through ICOs. However, I don’t think we’ll see an increase in their usage for economic transactions. Unless some price stability starts to be seen, there is not a compelling use case for individuals to buy/sell crypto assets – accept to speculate.

There are tokens being created the intention of which is to use to transact with technologies being built by blockchain startups. However, I believe it will take a while for these technologies to mature (if they get there at all). Remember too that the average person is not going to care if blockchain is being used or not, what they care about is that it solves a problem that they have. Hence the execution on top of the technology innovation, and the focus on customer acquisition is key.

JAXenter: Can you tell us more about smart contracts and what are their use cases?

Conor Svensson: Smart contracts are code that lives on the blockchain. They can store information much like a traditional database, and support programmatic operations to change the information (state) contained within. As they reside on the blockchain, changes to them are run across the network in a completely decentralized manner. This enables multiple parties to have access to the same data, with the ability to modify it (if permissioned to) without the overhead of each party having their own copy of the data.

Their primary use cases are those where data should be shared without a single party being the custodian of the data.

JAXenter: We’ve been talking about the advantages blockchain brings to the finance industry but how about cybersecurity? How can this technology help fight cyber attacks?

Conor Svensson: The attack surface of a decentralized network is spread across the entire network, which can span many thousands of nodes. Unless you can overpower a majority of the network capacity, it is not possible to bring down the network due to its consensus-driven nature. This results in some of the traditional attack vectors where data is centralized of being a lesser concern. However, it does bring new attack vectors to the table, where parties can potentially degrade the performance of the network.

Additionally, underpinning the integrity of participants on blockchain networks is public-key cryptography. Those keys used by users/companies need to be very carefully guarded, as if they fall into the wrong hands they can potentially wreak havoc on the network, and in worst cases, result in crypto-assets being stolen or falsified.

JAXenter: What are the new areas in which blockchain is likely to be used this year?

Conor Svensson: I don’t know about new areas – it’s being used in most industries now in some context. But I believe that the areas we’ll hear the most about are finance and supply-chains.

In finance specifically, the settlement of over-the-counter (OTC) derivative contracts is a very logical use case for it. These derivatives are typically traded between multiple institutions, which brings a large amount of data duplication and reconciliation between them. I’m sure we’ll hear about further development there. 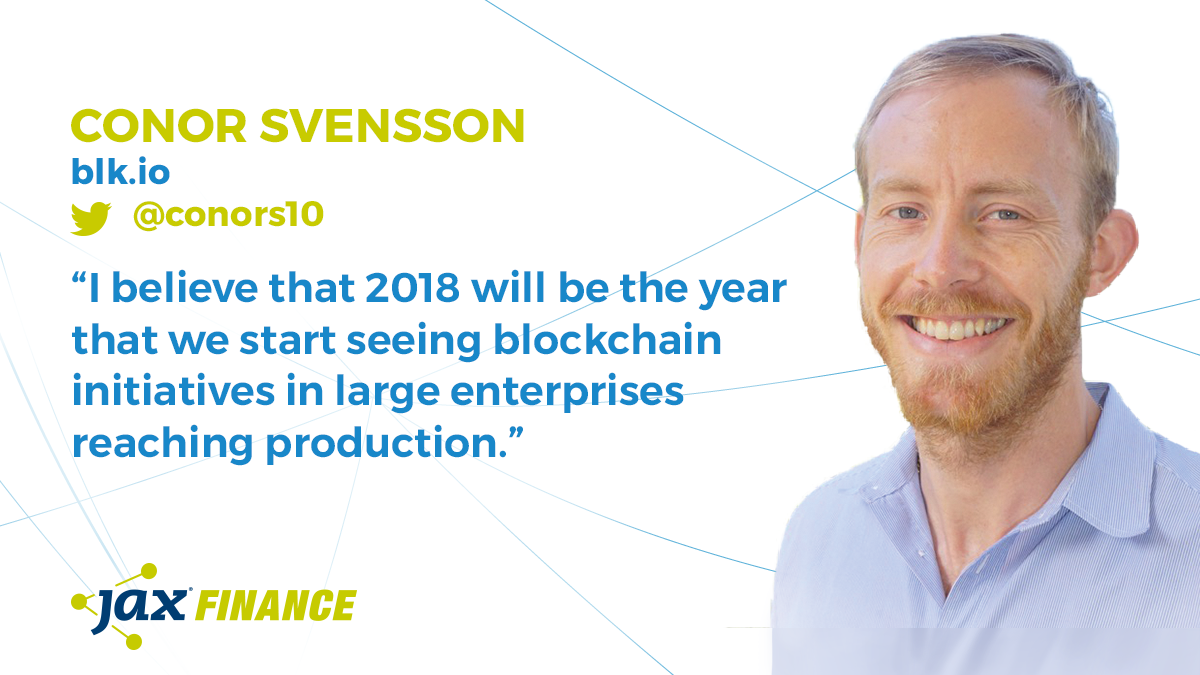 JAXenter: What milestone do you think blockchain will achieve this year?

Conor Svensson: I believe that 2018 will be the year that we start seeing blockchain initiatives in large enterprises reaching production. From 2015-2017, lots of organizations were focused on Proof of Concepts. blk.io is engaged in a number of high profile projects with major firms focussed on production, and offerings to help other firms reach production.

Additionally, the Enterprise Ethereum Alliance is working hard at bringing enterprise focussed standards to Ethereum. The emergence of these standards will help encourage greater industry participation and provide opportunities to new participants to enter the marketplace, lowering the barriers to entry for all wishing to work with this technology.

The World Wide Web and it’s underlying TCP/IP protocols certainly have their quirks, but nonetheless, its been through initiatives such as those from the Internet Engineering Task Force (IETF) that the internet was able to thrive, and we need these same benefits to emerge for blockchain technology.

JAXenter: What will participants be able to take away from your session?

Conor Svensson: Participants will get a grounding in Ethereum technology from the perspective of Java developers. One of the challenges for developers first entering the blockchain space is knowing where to start, there are so many different platforms and associated frameworks, it can be quite overwhelming. My talk provides them with an overview of the most popular blockchain platform specifically aimed at Java developers. 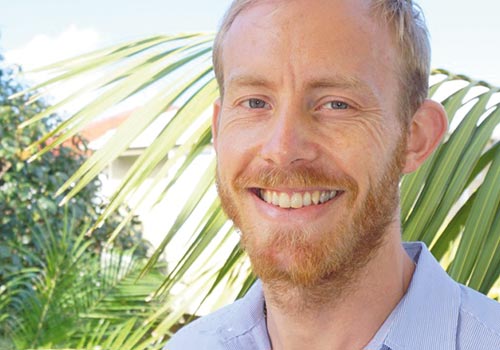 Conor Svensson
Conor is the author of web3j (https://web3j.io), the Java library for working with the Ethereum blockchain. He’s also the founder of blk.io which provides foundations for organizations to build on and work with blockchain technology.