JAX Finance, 9-12 April 2018
The Conference for Technology in Finance
5
Feb 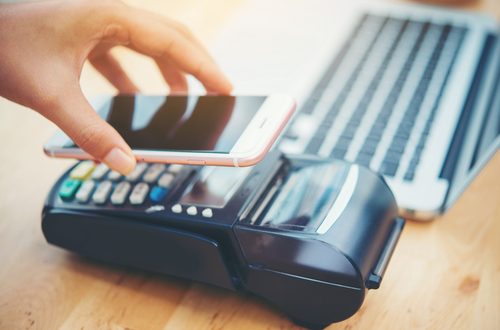 One cannot deny that the way we consume banking services is changing. We talked with PwC’s Mike Quindazzi about the most notable changes in the financial services space, the value of smart contracts and the most mature sub-segments in FinTech.

JAXenter: The World Economic Forum wrote in a report published a couple of years ago that “blockchain can reshape financial services.” Do you agree with this statement? Is blockchain the future of FinTech?

Mike Quindazzi: Blockchain technology can absolutely reshape financial services, as much as the technology has the potential to reshape many other industries. From a 10,000 foot view, the protocols that underlie the services and content we utilize on the internet are limited in capabilities, and with the incentive of cryptocurrencies, there is potential for a migration of top developer talent from the largest tech firms to the decentralized application ecosystem. Additionally, given the amount of investment incumbent financial services companies are committing to the effort (personnel, development, etc), as well as patents filed, it appears to already be happening. The question of whether the startups or the incumbents will win has yet to be decided.

JAXenter: What will happen if blockchain becomes “the beating heart” (as Giancarlo Bruno, head of World Economic Forum’s Financial Services Industries said) of the finance industry? What are the benefits? How about the drawbacks?

Mike Quindazzi: Any evolution in infrastructure must support the service and product expectations of the marketplace. Perhaps the most notable change in the financial services space would be the transition from corporate to individual data ownership and privacy. This in itself will fundamentally change the relationship between a bank and its customers, as well as industry revenue models. Beyond this, you’ll see intermediaries from our traditional financial services model get squeezed out as blockchain technologies reduce overall risk to any transaction. Additionally, blockchain technology’s standardization of information will enable broader adoption of adjacent new age technologies such as RPA and AI. These technologies leveraged together will move traditional financial services off of spreadsheets. This will require more training and retraining of personnel. Financial services margins are changing and these technologies are going to be necessary to remain competitive in this technological paradigm shift.

The limits are set only by the creativity of developers and their ability to identify real friction in existing services. Entrepreneurs best opportunity in blockchain may be in improving the infrastructure itself

JAXenter: How much value is stored in smart contracts? What can they actually do and what are the misconceptions about them?

Mike Quindazzi: In a word, endless value. Smart contracts are only limited by the programming language of the protocols they are written on and the creativity of the development community that writes smart contracts.

JAXenter: How can entrepreneurs leverage blockchain this year? How can they capitalize on this technology?

Mike Quindazzi: Given the breadth of use cases, I think the answer here mirrors that of the opportunities for smart contracts. The limits are set only by the creativity of developers and their ability to identify real friction in existing services. Entrepreneurs best opportunity in blockchain may be in improving the infrastructure itself. In other words, future iterations of new protocols can be improved on what we have today that increase transaction throughput and speed, and lower costs. Solving those riddles today can elevate any opportunities that the technology has to achieve broad adoption moving forward.

JAXenter: Has the FinTech movement triggered a culture shift in banking or are banks resistant to change?

Mike Quindazzi: Absolutely. The FinTech landscape has evolved tremendously. In just the last two years financial institutions went from declarations of war to an understanding of the value in FinTech partnerships, licensing and acquisitions. In the next phase, financial institutions will move away from the FinTech department structure and incorporate developer-first strategic thinking across the organization structure. It is worth noting that many startups are taking note and playing nice in the sandbox (no pun intended) so as to work cooperatively with incumbents rather than aim to disrupt them.

JAXenter: What is the most mature sub-segment in FinTech right now?

Mike Quindazzi: While Insurtech found a bigger voice in 2017, the retail payments segment of the FinTech ecosystem has reached a later stage of maturity. Consumer-facing startups have largely failed to wrestle away consumers from their traditional relationships. Card-based volume continues to grow at multiples of GDP in the US, and although new models threaten to change how consumer perceive financing, we haven’t seen wide-scale adoption. Looking ahead we might see a growing number of payments start-ups pivot from B2C to B2B, focusing on opportunities to leverage their technology to improve the infrastructure that features such as real-time payments and individualized rewards programs rely on. 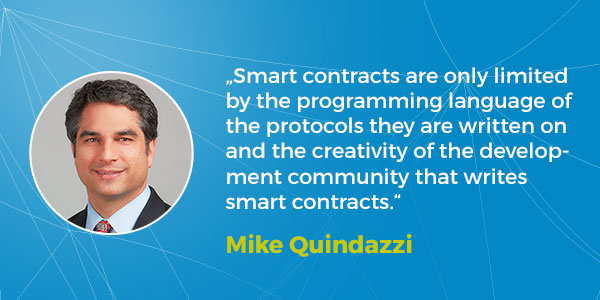 JAXenter: Do you think Open APIs hold the key to the future of banking? Why/why not?

Mike Quindazzi: The way we consume banking service is changing, it’s become more digital, although at a fundamental level it has not yet seen wholesale change. The implementation of PSD2 in Europe, married with the success of several neo-banks to alter consumer expectations of banking services, bode well for a future change. B2B partnerships will largely depend on Open APIs and as banking infrastructure becomes more microservices oriented, new systems and methods of communication will be developed to facilitate interconnectivity between parties while reducing their computation footprint. However, it is worth noting that APIs have had their own issues, such as the security breach Equifax suffered through an API, so this work must incorporate cybersecurity, or we’re likely to see another large data or monetary breach.

JAXenter: What are the risks of open API banking? How about the rewards?

Mike Quindazzi: Open APIs favor those platforms that have the resources to invest in robust API data feeds and new services. This may prove to favor larger enterprises at the expense of smaller providers across the financial services landscape. Another primary risk comes in the form of cybersecurity, particularly as some of these APIs are integrating into IoT and edge computing. However, even open sourced development, with many parties reviewing code, have resulted in breaches in the past.

JAXenter: Does working in the finance sector pay off for software developers?

Mike Quindazzi: The exploration of decentralized applications will be the ultimate test of incentives, particularly as developers understand their growing value in an increasingly digital world. The question can be put back on financial institutions: how might incentive structures change to ensure that developers will receive in compensation at least part of the value they are creating in a firm?

JAXenter: Do blockchain and IoT go well together? What do they have in common and why is this “relationship” built to last?

Mike Quindazzi: Both narratives are not dependent upon each other, but adoption of one can create greater opportunities for growth for the other. Both have potential to improve existing processes (i.e. supply chain audits) and build new categories of services (i.e. M2M payments). Blockchain tech has potential to make it easier for organizations to leverage IoT technologies. For example, corporates commonly run into the problem of data cleanliness, but blockchain solves much of that. The implementation of IoT should make it easier to monitor a wide network of physical and virtual objects, and standardize information at the edge of computing for as little or as much information as necessary. This is primarily what makes IoT a complimentary adjacent technology to facilitate transactions and information gathering for blockchain solutions. 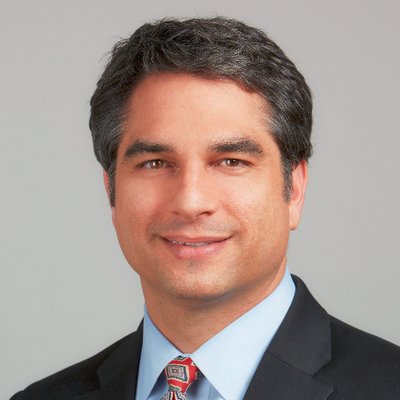 Mike Quindazzi is ranked no. 1 in our Top20 FinTech Influencer List: TOP 20 SOCIAL INFLUENCERS IN FINTECH 2018