JAX Finance, 3-6 April 2017 The Conference for Technology in Finance
10
Jan 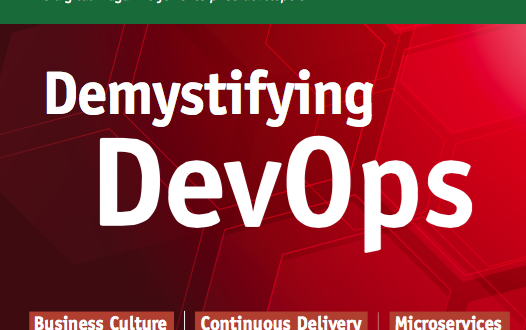 DevOps was born in late 2009 and since has gone mainstream; everyone is talking about it, every company is trying to do it and every manager is trying to be successful at it. What are the factes behind the buzzword? This JAX Magazine issue is packed with goodies to help you embrace DevOps— it’s our treat!

DevOps’ godfather Patrick Debois launched DevOpsDays in late 2009 after John Allspaw’s Velocity 2009 presentation – 10+ Deploys Per Day: Dev and Ops Cooperation – grabbed his attention. Although there may not be a clear DevOps Manifesto and people see this set of practices through different lens, it’s safe to say that this movement is blossoming into a mainstream strategy.

People like Patrick Debois, Andrew Shafer and John Allspaw (to name a few) have given us the means to transform this group of concepts into a movement but now it’s time to focus on some of its facets: continuous delivery, business culture, cloud platforms, microservices and container technology. Let’s allow our authors to convince you that these ingredients are equally important to DevOps.

We haven’t even got to the discussion about culture, cloud and microservices so perhaps you should open the magazine and see what we have prepared for you: 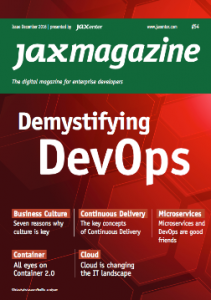 Modern DevOps – Connecting business and IT

Seven reasons why culture is key

The key concepts of Continuous Delivery

The need for release orchestration

The next battle in the container revolution

Containers and the enterprise
Miska Kaipiainen

“Prometheus itself is a product of a DevOps mindset”

Why cloud is important for DevOps

“Scala is a perfect match for Bitcoin”