JAX Finance, 3-6 April 2017 The Conference for Technology in Finance
1
Mar 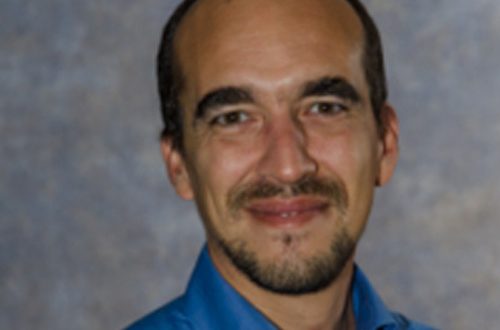 FinTechs inspire the market while classic banks adopt more and more practices from the FinTech world in order to stay ahead of the curve. But what are the elements of the FinTech revolution? Eric Horesnyi, the whiz kid of startups, discusses with movers and shakers from the FinTech scene and gives you an insight into this revolution.

JAX Magazine: Payment, API-oriented business, DevOps and company culture, Crowdfunding, Big Data, and Blockchain are all key drivers of the FinTech revolution. So, let’s go through these elements and talk about their impact on the finance industry. Starting with payment, where do you see the main movers and shakers – is it Apple, PayPal, who else?

Eric Horesnyi: Payment is the most mature sub-segment in FinTech, and the one that has been most covered and invested in over the past few years. There are thousands of payment-focused companies right now, including unicorns like Square or Stripe, and WorldRemit and Adyen in Europe. Maybe or certainly thanks to a regulatory environment that has become favorable, notably in Europe with the SEPA scheme that has created a vast environment for open competition with the European Passport, fostering innovation, to the benefits of citizens. Payment market has gone from domestic to European, without having to adapt core systems to each country.

Alipay, Apple Pay and Google Wallet now validate the market rather than crush it, and demonstrate that the Web Giants can enter banking markets, leveraging not only their technology stack, but also hundreds of millions of banking information they already have in stock with their core activities.

Payment is the most mature sub-segment in FinTech.

JAXmag: To which degree do you think the traditional banking world is prepared for a tectonic shift in retail banking?

Horesnyi: Traditional banks have now understood that their competitors in the long run could be the following: web or telecom giants with a profitable non-banking core business or niche fast-growing ventures disrupting – or using sharding, one of the web practices – their business models. They have all understood that technology was no longer just a tool, but a core skill. However, only a few have come to consider technology an enabler as important as their branches used to be. Not many have started to consider UX as their main objective to retain and grow their business. Many remain entangled with legacy systems that seem expensive, inert – as in full of inertia, versus agile –, and closed. Migration to new UX standards set by Amazon or Netflix requires investment and courage, but most importantly a realization that the technological paradigm shift – Continuous Delivery, Microservices, DevOps – has empowered a new generation of user experience that is not just a gig, but a complete culture.

Traditional banks feel threatened in their core business models by digital giants that have access to hundreds of millions of user information they already monetize, including banking information. It must feel like the scene of invasion in the Pixels movie, best illustration I know of “Software is eating the World”.

JAXmag: Moving on to the API-oriented business – do you anticipate that traditional banks will be deconstructed and that small, independently operating “Microservice-Banks” will unite to provide a consistent service?

Horesnyi: It is very hard to follow and define a strategy against thousands of players coming from behind. Traditional banks might compare this scenario with Gulliver traveling to Lilliput. Banking is one of the last industries (governments and administrations too) to be impacted by the Web. Some mention the Third Industrial Revolution, I am not qualified to confirm, but for sure, after the revolution hit the music and video industry with streaming, retail with e-commerce, education with MOOC etc. there is no reason for banking not to be turned upside down and reborn into models hard to imagine ten years ago. The finance business has always been fragmented, full of coopetition. With companies selling services to each other while competing on another market, the revolution that FinTech brings has inserted itself quite naturally within the “traditional” landscape. And APIs have turned to be the best way for FinTech to collaborate amongst themselves, to leverage latest contributions in Analytics and UX, and even to provide services to traditional banks. APIs were invented to facilitate programmatic open collaboration and reuse between software teams. Google and Amazon APIs have in fairly recent years demonstrated that APIs can be a core business. With more than 16,000 APIs now in ProgrammableWeb, and just 2,000 more in 2015, it sounds like APIs are more than a fashionable trend. APIs have become the new store front.

APIs have turned to be the best way for FinTech to collaborate amongst themselves , to leverage latest contributions in UX and analytics, and even to provide services to traditional banks.

JAXmag: Let’s remain for a second at Gulliver being a symbol for the big banks, chained by the small and agile inhabitants of Lilliput. What can large organizations do to be prepared to become as agile, flexible, and customer-oriented as the smaller challengers? And what role does technology play in this situation?

Horesnyi: Technology remains a tool. Best use of technology actually requires a certain culture. Lilliputiens today are API and UX providers focused on a niche market opportunity. The obvious way to obtain this agility are Microservices: 2-pizza rule teams (6 people) with a responsibility on a feature, self-contained infrastructure – independent from Cloud location – exposed through APIs, streaming their states to other microservices so that the entire system can stay tuned (as we did with ESB and Middlewares before within data centre). To get from a Monolith architecture to a microservice one is a journey. And that path is not necessarily the same for all organizations. Once Microservices are in place, you can imagine that a team focused on a KYC feature may decide to either scale down and sell their APIs to other companies, or shut itself down and invite others to use a third-party API doing a better job at KYC. Another implication is that the famous Legacy issues can be circumvented and prepared to be replaced without too much impact on the entire system, other than a positive impact to open it. Legacy systems are treated like Sacred Monuments, to which a common interface is imposed (Rest API ideally) to make it work with other components.

JAXmag: You have mentioned the tech element in “FinTech”: To what degree does such a company culture interact with technologies in use, e.g. Clouds, Containers, Microservices?

Horesnyi: Actually, the financial sector is the most technology-intensive industry already. It comes from the fact that finance is a proposition that is immaterial. Finance (from fidere, trust in latin) is all about trusting somebody else to accomplish what you expect for the future: keep my values, transmit some values, or grow my assets. Manipulating such virtual concepts (against building a car or growing crop) has made finance a heavy IT user since computers were born. FinTech is about bringing the dev culture into the financial sector. Technology today is not a series of protocols and norms the Web has helped build for twenty years. It comes with a culture of balanced collaboration, contributions, efficiency, openness, Darwinism, pragmatism and more (I am not a sociologist, but I believe our dev audience will recognize itself). Using technical words, that is the Microservices (2-pizza rule definitely addresses Dunbar’s number!), continuous delivery with containers (to ship features – hence the term, Docker motto is build>ship>deploy – asap and get feedback from users with A/B testing), Agile/Scrum (roadmap decisions are too important to be decided top down!), DevOps (the link between the virtual world of code and real machines to action it all), Cloud (it is possible to safe harbor in the cloud), APIs (the new front stores from a dev team to another), event processing and streaming (critical for real-time programmatic reactions), Analytics and Machine Learning (Artificial Intelligence-Neuron Networks and Graph Theory generating money outside of the algorithmic trading sector).

FinTech is about bringing the dev culture into the financial sector. Technology today is not a series of protocols and norms the Web has helped build for twenty years.

JAXmag: Then comes crowdfunding – which seems to be the less technical factor in our previously defined list of key elements of the FinTech revolution? Does Crowdfunding compete with traditional banking, or is it just complementary?

Horesnyi: Crowdfunding is quite visible compared to its size. It includes Crowd Lending (someone/a company wants to borrow, take a loan) and Crowd Equity (a company raises capital for a project, against a percent share of the company). Lending Club – a unicorn – is Crowd Lending, and yes, banks in the USA have been shaken by this risk-minimized/ scored peer-to-peer model to the point where some banks invest in Lending Club sizable amounts now. Crowd Equity like Kickstarter and Angel List have had more coverage, as they are as much marketing tools (to recruit first users) as financing tool (especially for seed, but exceptions of multi-million funding like Pebble are growing).

JAXmag: Do you think banks will fight back or they will somehow jump on the bandwagon like in the case of Lending Club?

Horesnyi: Banks will jump on the bandwagon, either by contributing lending or capital to the platforms, or taking shares into these ventures.

JAXmag: Data, as the raw material of so many businesses shows, is also going to play a crucial role. Let’s talk about automated guidance for customers, the so-called robo-advisors. Can you explain this phenomena?

Horesnyi: Robo-advisors represent the use of algorithmics to support financial decisions to grow your objectives. Human fund managers are being challenged by algorithms: threefours of trades are already algorithmic in Forex, best funds – e.g. Renaissance – have been algorithmic for the past twenty years, and people have followed ETF strategies since Barra & BGI in San Francisco created the concepts twenty years ago (idea: you take less risk by investing in baskets of shares than individual shares, you choose your strategy and pay less in management fees). I am a big fan since Mint, now Wealthfront, Betterment, and Personal Capital. Give your time horizons, your household projects, get your risk-aversion assessed and boom that’s it: “Your financial health is built more smartly than median financial advisor and for less.”

JAXmag: Understanding your customer better, their needs and preferences also falls into the UX category. This game is mainly controlled by Google, Facebook, Apple & Co. Can finance still catch up or will the future customer only be known by the large internet companies mentioned above?

Horesnyi: Any company can always catch up on UX: just listen to your customers and consider it more important than anything -than politics, or your personal exposure in the organization. It is not impossible. Without having worked there, so this is not a recommendation, I would say that a bank like ING in Europe has started to right-track on the IT front five years ago, and Capital One amazes me by the quality of people they keep recruiting from Google, Facebook, Amazon, Apple & Co. 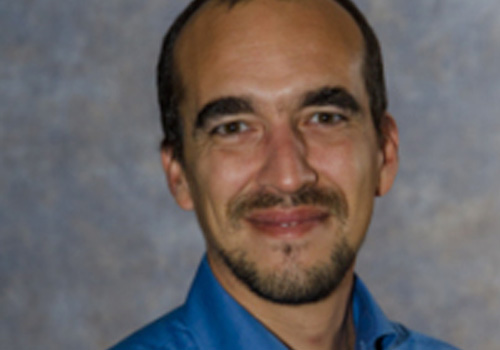